Independence Hall will be solidly favored for Saturday’s GIII Sam F. Davis S. when Tampa entries are drawn Wednesday. The connections of this undefeated, $100,000 KEESEP graduate (subsequently RNA’d for $200,000 at FTFMAR) had been on the fence about whether the Davis or next weekend’s Risen Star S. at Fair Grounds would be the optimal placement for this Constitution colt’s two-turn unveiling. “The [difference in points] was part of the decision process, but the owners feel the points will come if the horse is right,” trainer Mike Trombetta said. “This race is here at the track he’s training on, and the other one is 600 miles away at a track he’s never seen. You weigh all these things, then everybody has to be happy with whatever decision is made and you just roll with it.” Derby prognosticators will be keenly watching Independence Hall pre-race to see if he gets hot and bothered in the paddock like he did before his four-length romp in the Jerome S. Independence Hall also broke a stutter-step slow in the Jerome, and he shied from the stick in both the Jerome and his GIII Nashua S. win. The Davis has recently been no slam-dunk for favorites–they’ve lost six of last eight runnings. 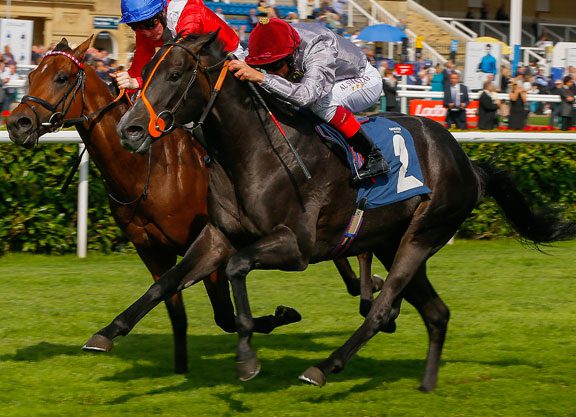 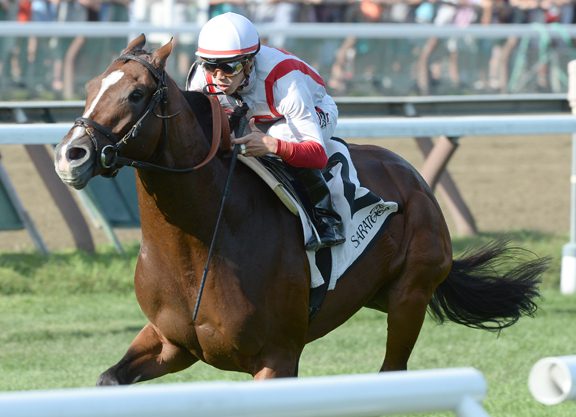 Harlan’s Holiday Colt Finds His ‘Target’ in the Hall of Fame S.

Where Are We Now?