Andrew Caulfield writes a weekly column for the Thoroughbred Daily News on pedigree analysis, a fascination which crystallised during the 12 years he spent as one of the principal writers at Timeform, where he was responsible for researching the pedigrees of all the two-year-olds. A former editor of The Thoroughbred Breeder, Pacemaker and The European Racehorse, he was also The Sporting Life's bloodstock correspondent for 12 years, He also wrote a weekly racing column for Japan's Gallop magazine for 20 years. More recently his principal role has been as a bloodstock consultant, primarily for Juddmonte Farms. During his 20-year association with Juddmonte, the farm's star performers have included Frankel and Kingman, winners between them of three Cartier Horse of the Year awards. There have also been two winners of the Prix de l'Arc de Triomphe, three of the Breeders' Cup Filly & Mare Turf, as well as winners of the 2,000 Guineas, 1,000 Guineas, Derby, St Leger, Belmont Stakes and several French and Irish classics. 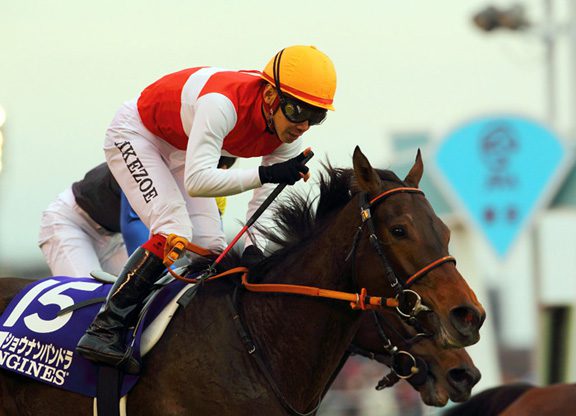 You didn't need to look very hard to appreciate why Galileo's daughter Hanky Panky created so much excitement at Tattersalls a week ago, when she sold for 2,700,000gns (more than $4,250,000). The 5-year-old's many attractions included that she's a daughter of a multiple champion sire; she's a half-sister to another multiple champion sire in Giant's [...] 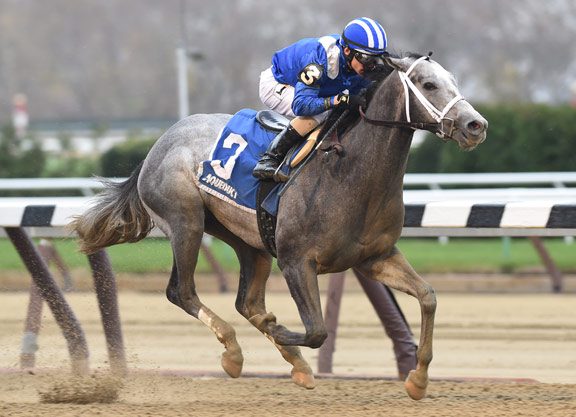 According to good old Wikipedia, a shaman is “a person regarded as having access to, and influence in, the world of good and evil spirits…Typically such people enter a trance state during a ritual, and practise divination…” Wiki also says the noun derives, by a complicated route, from a word meaning “fatigue, weariness, exhaustion, labor, [...]

Only last week, in my column on the Japanese 2-year-old Air Spinel (King Kamehameha {Jpn}) , I mentioned that Northern Taste, a speedy son of Northern Dancer, was Japan's champion sire 10 times in 11 years, prior to the reign of Hail To Reason's brilliant grandson Sunday Silence. The latter, a winner of the GI [...] 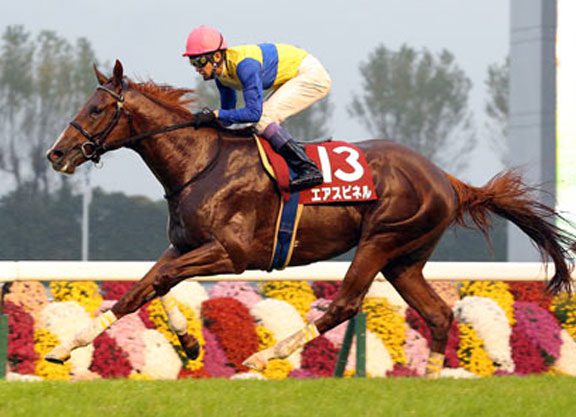 It is now nearly 250 years since the colourful gambler Dennis O'Kelly correctly predicted at Epsom that “it will be Eclipse first, the rest nowhere.” Perhaps using his winnings, O'Kelly went on to buy this brilliant horse, who retired unbeaten in 18 starts before developing into the ancestor of the vast majority of today's Thoroughbreds. [...] 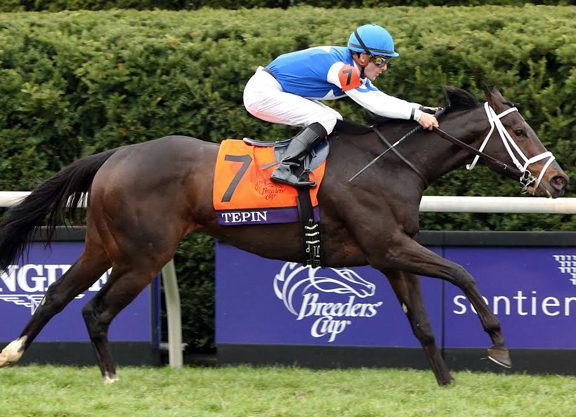 With its 13 Grade I events, there were so many stories to be told following Keeneland's Breeders' Cup that it's just as well that last week's lull allows me a second bite of the cherry. One story which deserves special mention concerns La Affirmed, whose family has made an impact on the Breeders' Cup virtually [...] 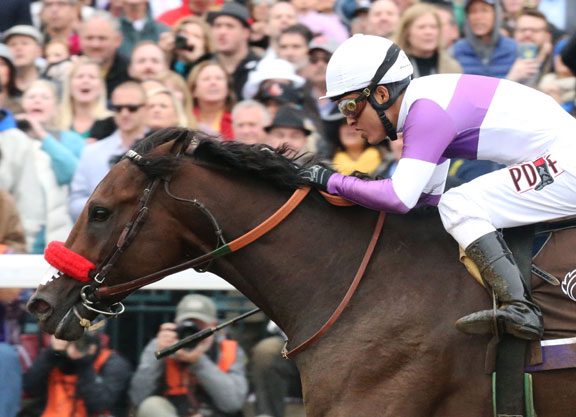 Of course everybody knows that the Breeders' Cup Juvenile has been a pretty disastrous guide to the Kentucky Derby, with Street Sense being the only one of the first 31 winners to have gone on to success on the first Saturday in May. But has the race fared any better as a guide to stallion [...] 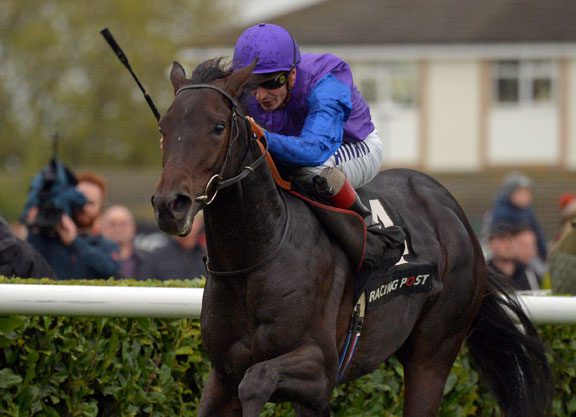 When I visited Ballylinch Stud in County Kilkenny in 1997, it was apparent that this historic stud had a past, a present and a future. The purpose of the visit was to interview stud manager John O'Connor about the acquisition of a new stallion, the G1 King George winner King's Theatre. This son of Sadler's [...] 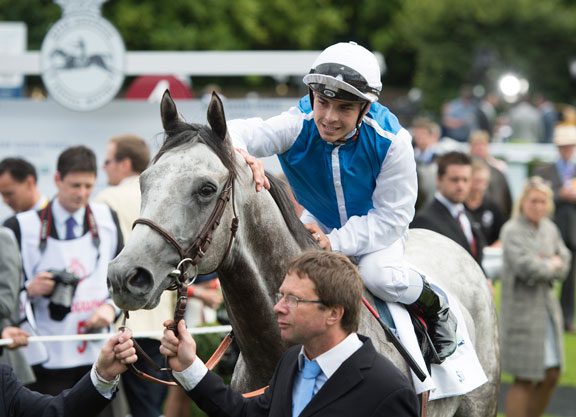 One of the contradictions of horse racing is that, although there needs to be a degree of certainty, simply to keep the betting public happy, it is often the sport's sheer unpredictability which makes it so fascinating. Both facets were in evidence at a very enjoyable Qipco British Champions Day three days ago. With the [...] 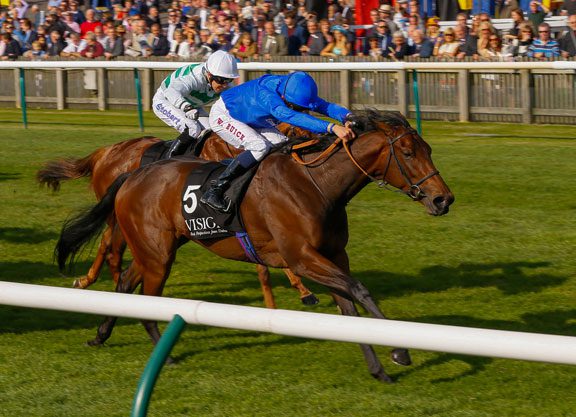 When it comes to dominating the championship-deciding G1 Dewhurst S., no stallion can hold a candle to the unique Northern Dancer. Thanks to Nijinsky, The Minstrel, Try My Best, Storm Bird, El Gran Senor and Ajdal, the Windfields patriarch had an unequalled record in the last 50 years. Since then two branches of the Northern [...] 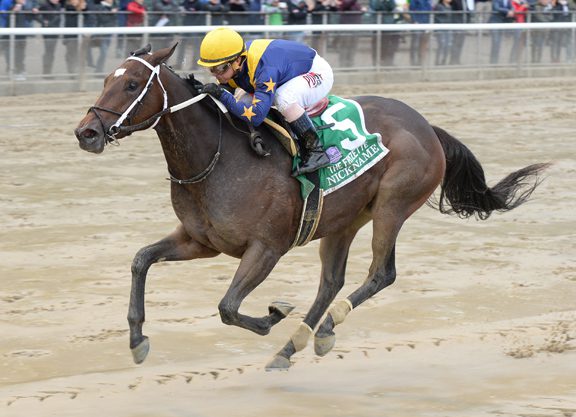 Nickname another Success for Scat Daddy

Breeding's superpowers were much in evidence towards the end of last week, when the emphasis was very much on quality on both sides of the Atlantic. Darley, for its part, added the majestic Arc winner Golden Horn to a roster which already features his sire Cape Cross. In addition they enjoyed Grade/Group 1 2-year-old success [...] 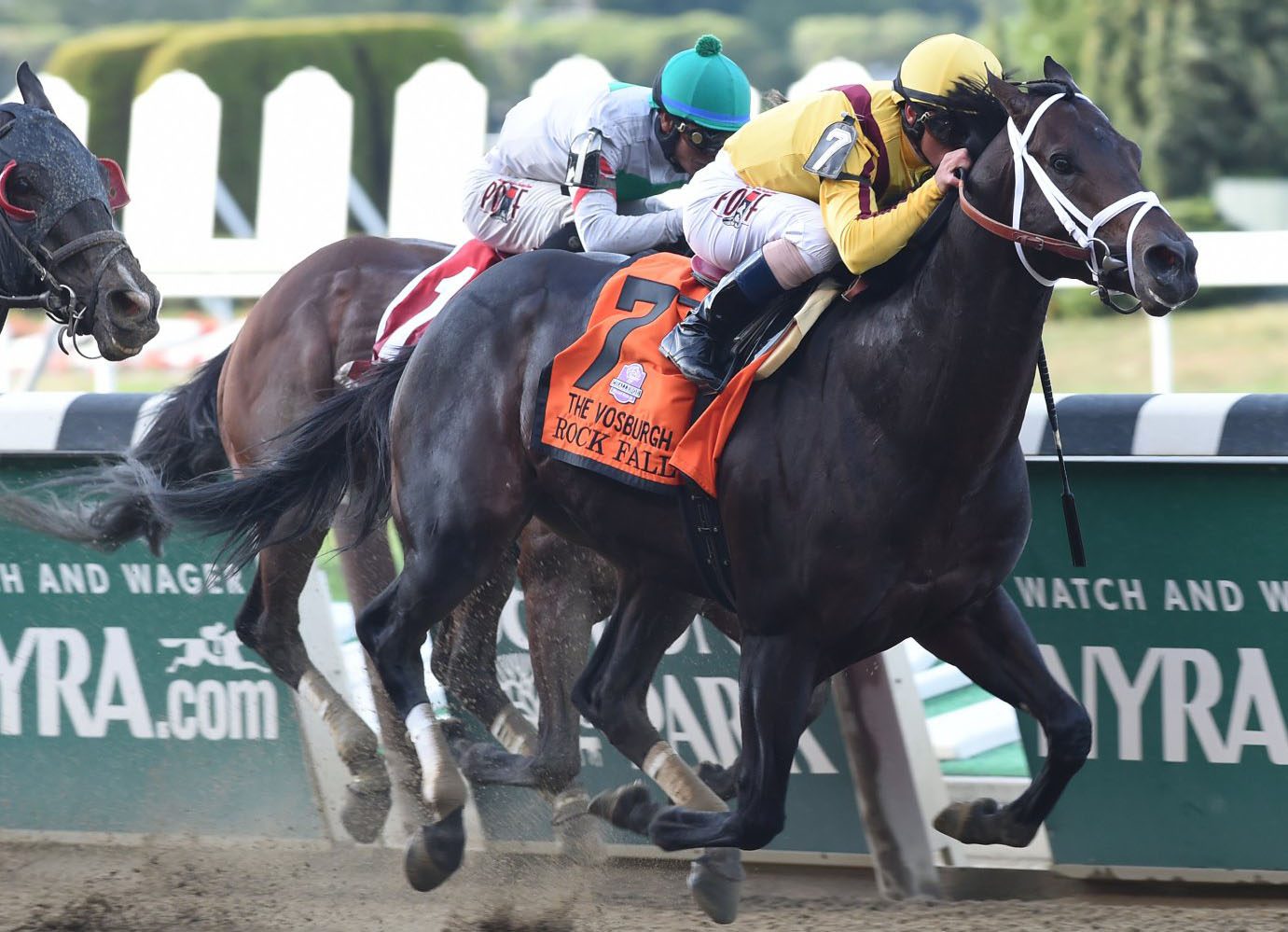 “There are a lot of similarities between him and his sire and the way they train. You wouldn't necessarily know they're as good as they are.” So said Todd Pletcher as part of his assessment of Rock Fall after the GI Vosburgh S., in which the son of Speightstown booked his ticket to the Breeders' [...] 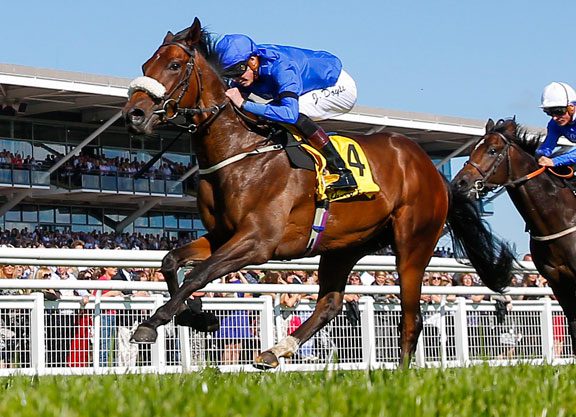 The ripple effect, which has been defined as “a spreading, pervasive, and usually unintentional effect or influence,” is a force which sometimes comes into play in the Thoroughbred industry. It often manifests itself when a young stallion fails to maintain his popularity in his second, third or fourth seasons. Of course, no stallion owner intentionally [...]