Come Deauville August, Freddy Head always has his runners at a peak and it was the Wertheimers’ Polydream (Ire) (Oasis Dream {GB}) who was spinning the magic in Sunday’s G1 LARC Prix Maurice de Gheest. Following the previous Sunday’s G1 Prix Rothschild victory of stablemate With You (GB) (Dansili {GB}), she managed to overhaul one of the strongest fields assembled for this unique sprint in many years and continue the yard’s 100 per-cent record in the meeting’s premier races. Having beaten Laurens (Fr) (Siyouni {Fr}) with authority in last year’s G3 Prix du Calvados here, she had been second in the G1 Prix Marcel Boussac at Chantilly in October and had prepped for this with success in the seven-furlong G3 Prix du Palais-Royal at ParisLongchamp June 2. In among the main group following the pace up the centre, the 6-1 shot had a lot to do as James Garfield (Ire) (Exceed and Excel {Aus}) cut loose on the far side with 300 metres to race. Answering Maxime Guyon’s call with relish, Polydream chased down that British raider in the final stride to score by a half length, with a healthy 2 1/2-length gap back to The Tin Man (GB) (Equiano {Fr}) as Europe’s sprinting division went some way to sorting itself out. Head’s six prior wins in this came with the pair of triple winners Marchand D’Or (Fr) (Marchand de Sable) and Moonlight Cloud (GB) (Invincible Spirit {Ire}) and he was drawing a comparison with the latter afterwards. “She’s a smashing filly with a lot of speed and she reminds me of Moonlight Cloud–I don’t know do if she can win it three times, but she’s very good,” he said. “She was lame after the Marcel Boussac and I think that cost us the race. She has got better and better all the time and I never had her in such form.” 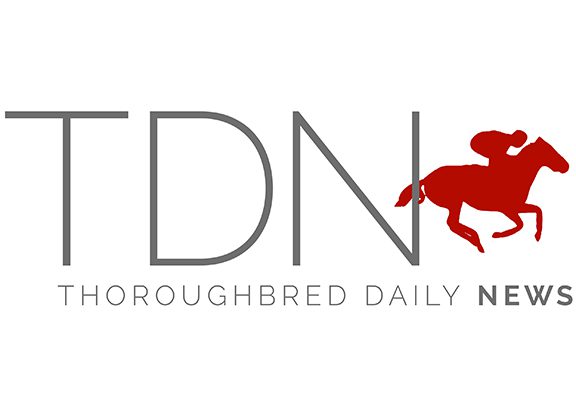 Starting as the short-priced favourite for the Marcel Boussac after her ready defeat of Laurens by 1 3/4 lengths in the seven-furlong Calvados, Polydream was unable to get to Wild Illusion (GB) (Dubawi {Ire}) but this week’s action at Goodwood put that performance in a different light. Whether the mile on soft ground at Chantilly was too much of a test of her stamina remains unknown, as she finished the race with an injury that required surgery and was thrown back into the heat of the G1 Poule d’Essai des Pouliches at ParisLongchamp May 13. Last of 14 but only six lengths behind Teppal (Fr) (Camacho {GB}) in that Classic, she benefitted from a break when restoring pride with a beating of Inns of Court (Ire) (Invincible Spirit {Ire}) in the seven-furlong Palais-Royal and entered this test with something to prove.

Tracking the G1 Diamond Jubilee S. runner-up City Light (Fr) (Siyouni {Fr}) as they settled off the pace carved out by Fleet Review (War Front) and Larchmont Lad (Ire) (Footstepsinthesand {GB}), Polydream was left over two lengths adrift of the G2 Mill Reef S. and G3 Greenham S. winner James Garfield who had led overall towing two rivals to her right. A furlong from home, it looked as though that rival’s jockey Frankie Dettori had judged it perfectly but the Wertheimer colour-bearer was building a strong effort and it proved timely with Guyon already checking out the crowd reaction crossing the line.

“I had no other choice than to run her first time up in the Pouliches, but she lacked real training at that stage and she also didn’t have the best of runs in the race,” Head continued. “Since then she had improved a lot and won brilliantly the other day. We have to decide now whether to go back to a mile or not–certainly there is the [G1 Prix Jacques le] Marois on Sunday and although Moonlight Cloud did the double, she was five when she did it and Polydream is only a 3-year-old so maybe it is too early. There are a lot of different races later in the season for her like the [Oct. 7 G1 Prix de la] Foret [at ParisLongchamp], but also I know the owner would love to go to America with her later so we’ll take our time to decide.”

Frankie Dettori said of James Garfield, who was staging a return to his prior highs in first-time headgear, “He ran a huge race and the blinkers sharpened him up big time. He gave me everything and the last half furlong my run came to an end and she got me. He went off the boil a bit at Royal Ascot, but was back to his best here.” Trainer George Scott added, “I thought he was a little bit flat on his last two runs and I wanted him to be ridden more positively. He’s an incredible horse with a wonderful attitude and although my heart’s broken I’m so proud of him. He’s a warrior and he wasn’t stopping at the line, he just got beaten by a better horse on the day. We learned a lot about the horse and at six or seven furlongs there is so much to look forward to. The team at home have done a wonderful job, as he has got a lot of character and is quite high maintenance. Probably, the Foret is a race for him but he’ll also probably stay in training and could be one for Hong Kong or Dubai–he can travel around the world.”