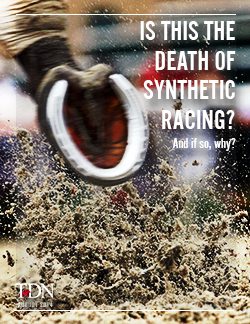 Is This the Death of Synthetic Racing? And If So, Why?

Lucas Marquardt takes an in-depth look at the controversy and the myths about synthetic surfaces, and based on their substantially better safety record when it comes to catastrophic breakdown, asks the question, "Is the American Thoroughbred better off without them?" 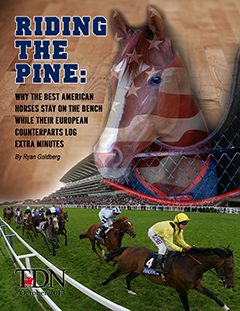 Riding the Pine: America Vs. Europe

When Moonlight Cloud won the Prix Jacques Le Marois, it represented her second Group 1 win in one week. Two races in a week? An extended campaign with a start every two and a half weeks? The best American horses routinely race every six weeks. Why can Europeans accomplish this, but not Americans? Ryan Goldberg examines the question. 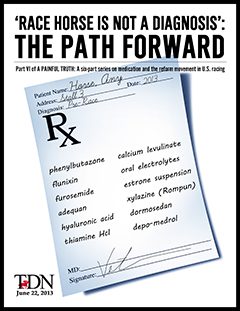 Race Horse is Not a Diagnosis' : The Path Forward, Part VI of A Painful Truth

The TDN wraps up its six-part series on medication and reform with Ryan Goldberg's essay, "Race Horse is not a Diagnosis," a look at the path forward for U.S. racing. 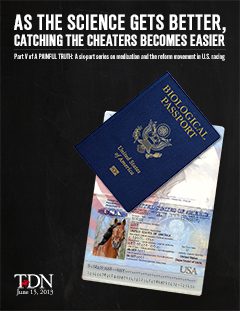 As the Science Gets Better, Catching the Cheats Becomes Easier: Part V of A Painful Truth

No matter the sport, cheaters have always stayed one step ahead of those trying to catch them by doping with as-yet undetectable products. But what if authorities didn't need to determine what the products were, only what the specimin should look like if unaltered by any drug? Meet the biological passport, and Travis Tygart, the man who has successfully routed out two of sports' most defiant cheats, Lance Armstrong and Marion Jones, neither of whom had ever tested positive. 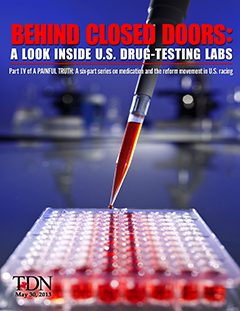 Behind Closed Doors: Part IV of A Painful Truth

The people we pay to monitor our drug testing are becoming as important to the future of the racing--a betting sport whose foundations must be integrity and fair play--as any track executive or marketing team. They are a group of chemists, scientists, veterinarians and technicians that collectively can be called the nation's drug and medication regulators. They can be found in test barns and laboratories across the country, and if the job description is simple--make sure people aren't using illegal drugs to gain an advantage, or abusing legal ones for... 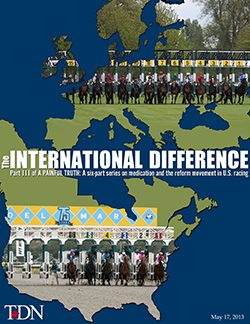 The International Difference: Part III of A Painful Truth

"Welfare in Europe means to train the horse without any chemicals and make him race if he can face the challenge,” says France Galop's Dr. Roland Devolz. “In your country, welfare means to be allowed to use as many drugs as possible to ensure the horse will support training and race." Whose version is right? Part 3 of A Painful Truth examines North America's singular stance on medication. 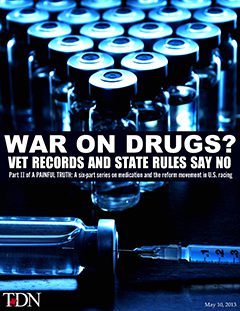 War On Drugs? Part II of A Painful Truth

Coronado Heights's career spanned six weeks and three races, but during the last 25 days of his life, he received 24 separate injections of nine different drugs, despite the fact that his veterinarian said he had no history of lameness. While the 21 catastrophic breakdowns at Aqueduct that winter have resulted in some changes in the medication rules in New York, part II of A Painful Truth looks at the hodgepodge of rules in racing jurisdictions across the U.S. and their vastly different penalties for chronic rule-breakers.

Sir Barton was doped. No less an authority than John Hervey, the legendary journalist who wrote under the pen name Salvator, declared this, reluctantly, on Dec. 24, 1932, in the long-gone Thoroughbred Record. Where did we come from, and where are we going with medication reform? Read part one of a six-part TDN special magazine series on the movement for drug reform in U.S. racing. 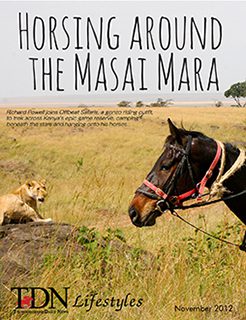 Horsing Around the Masai Mara

Richard Powell joins Offbeat Safaris, a gonzo riding outfit, to trek across Kenya's epic game reserve, camping beneath the stars and hanging onto his horses... 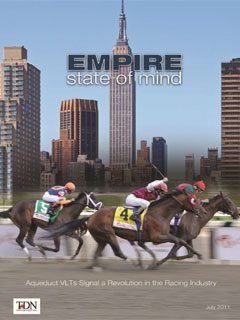 Get ready for the 'new' New York racing and breeding industry, where VLTs at Aqueduct Racetrack in Ozone Park, Queens, are projected to generate astronomical gains for NYRA and its three tracks, as well as trainers, owners, breeders and stallion owners, and the state of New York itself. 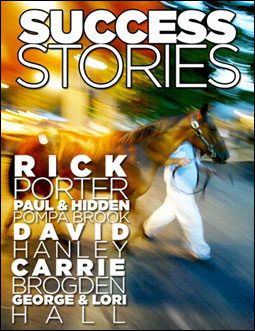 Tired of reading all the stories of doom and gloom in the racing industry? So are we. 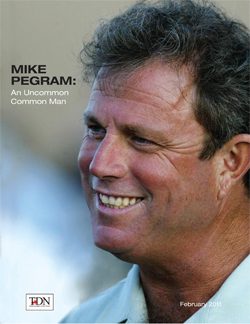 As he walks around the casino floor at the Carson Valley Inn, Mike Pegram looks and acts like just another customer -- someone ready to play a few hands at the tables, hoping his luck and his money hold out long enough so that he can enjoy a couple of Coors Lights on the house. Or maybe he's heading to the coffee shop, where you can get an awfully good meal for $7.99. He's dressed as he's always dressed, in jeans and a comfortable shirt off the rack at Sears,...