Dennis’ Moment is now three half-mile and three five-eighths breezes into his much-anticipated sophomore season. Trainer Dale Romans long ago circled the Feb. 29 Fasig-Tipton Fountain of Youth as this ‘TDN Rising Star’s’ first of two Derby prep races. But among top-tier 3-year-olds, this $400,000 FTSAUG purchase is the biggest wild card in terms of not knowing which races in his 2019 form represent his true ability. His four races are comprised of a DNF (lost jock in debut) and a last-place finish (GI Breeders’ Cup Juvenile) book-ending a 19-length maiden win and an easy, geared-down score in the GIII Iroquois S. Romans told DRF last week that Flavien Prat will replace Irad Ortiz, Jr. for the Fountain of Youth because Ortiz will be riding in Saudi Arabia on that date (Ortiz will retain the mount in future races). Dennis’ Moment figures to go off favored in that stakes. But favorites have a cringe-worthy recent record in the Fountain of Youth: They’ve won only two of the last 13 editions, including one demotion via disqualification. 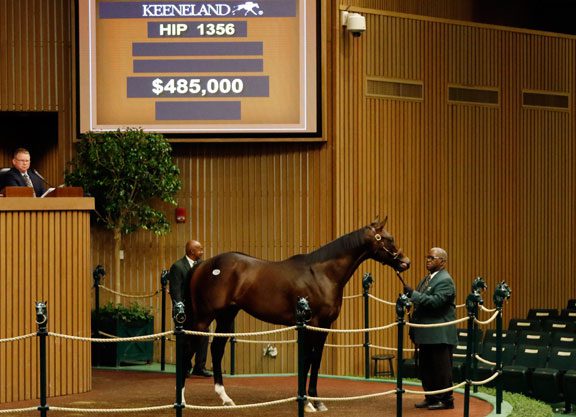 KEESEP Numbers Up After Book 2